As another Top 10 feature of the month-long 10th birthday celebration at MFT, the design team has been invited to share our Top 10 projects of all time. I’ve been unspeakably lucky to have been on the design team for seven (!) of those 10 years, and considering all the amazing products MFT has released in those seven years, this was a pretty daunting task. I have painfully narrowed it down to 10, though, and here they are in chronological order—I simply could not pick favorites ;-) 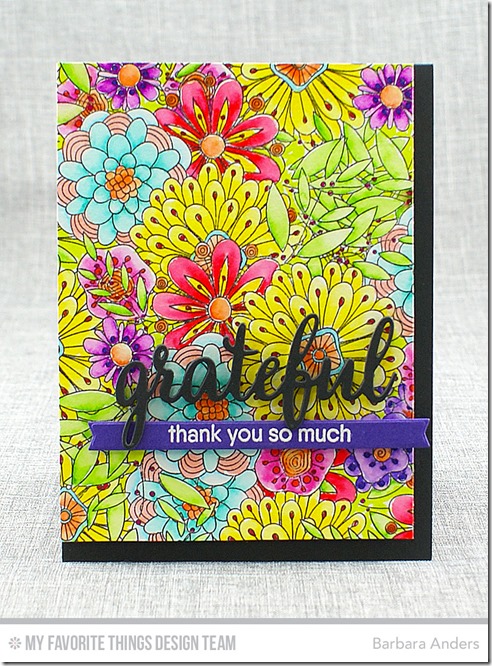 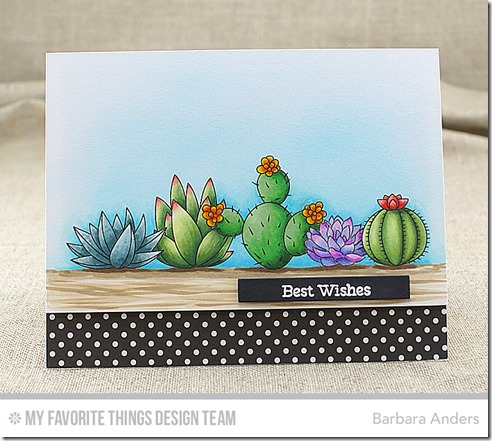 I was very proud of my masking on this card. I don’t keep a lot of my cards but this is one of them :) 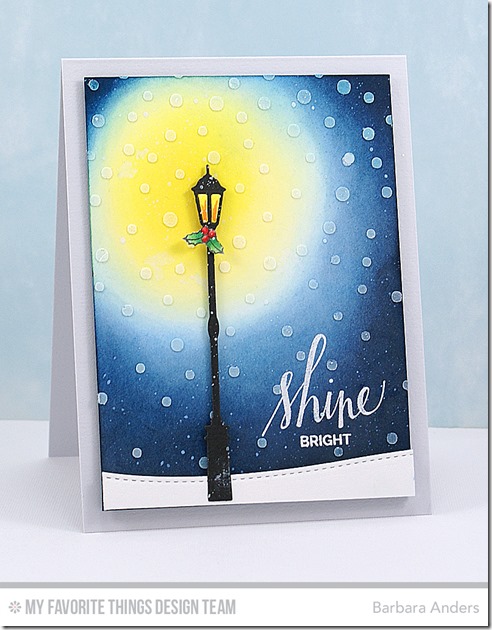 This is probably my best-ever job of sponging a background. I should have kept this card ;-) 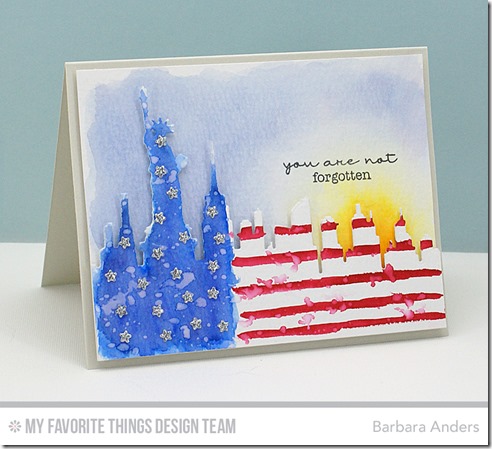 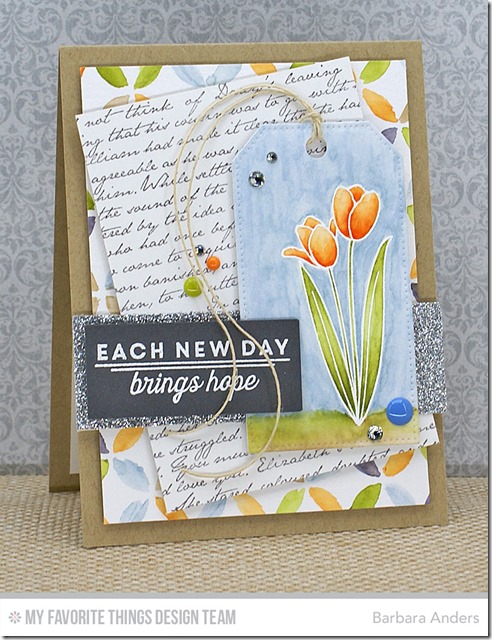 I just love how this card turned out—it just makes me happy. That is all. 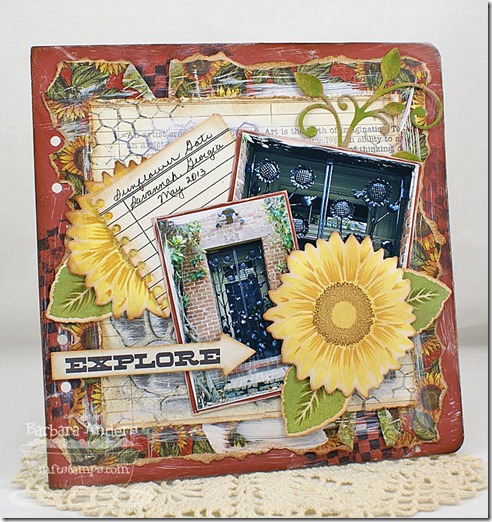 I’ve only done a few scrapbook pages and here’s one—I should do more, they are fun! 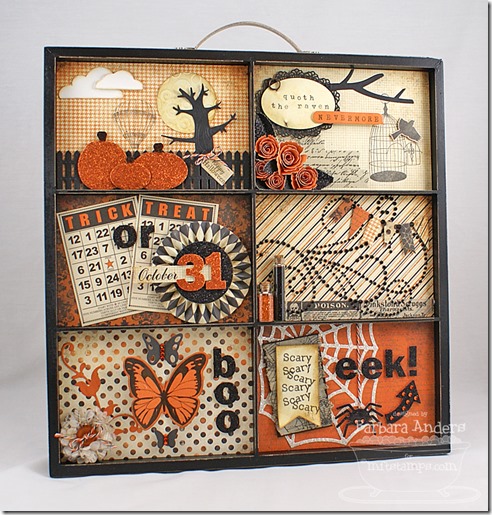 Halloween printer’s tray using lots of MFT products. This got picked up for a magazine :) 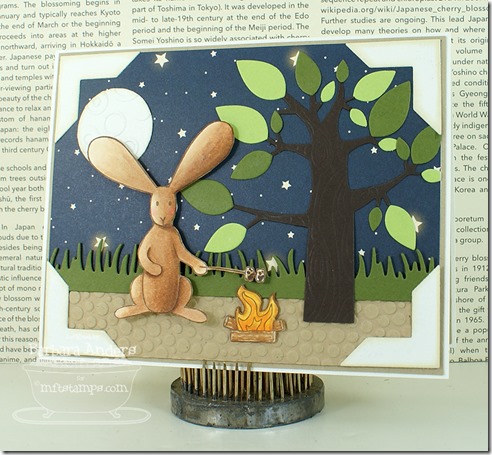 And what stroll down MFT memory lane would be complete without Flopsey? I did love me some Flopsey. 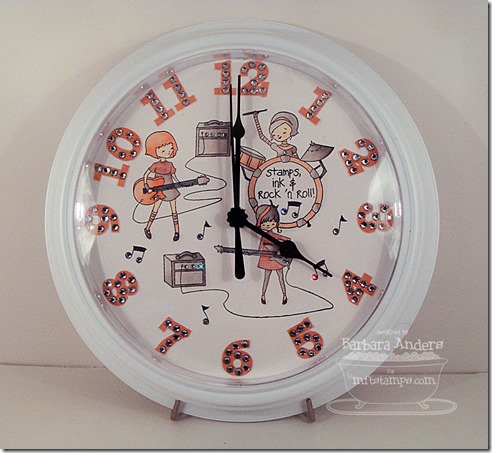 I love to make home décor projects and this was one of my first, using a stamp line called The Poppies. I did some masking and coloring for this clock face and it still hangs in my craft room. I’ve had to replace the motor once but it’s still going strong and I still love it  :) 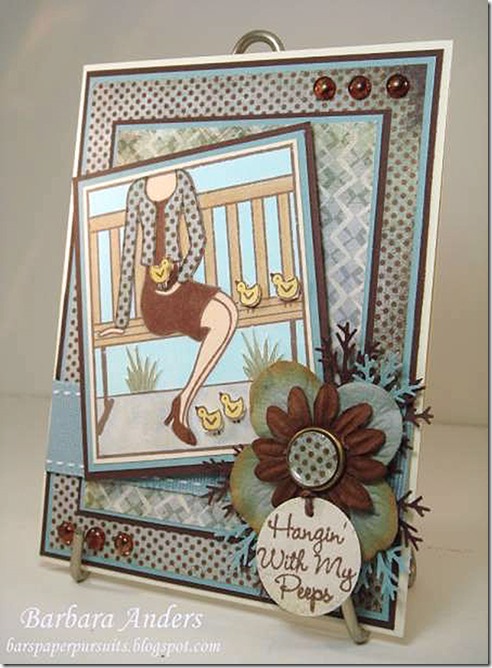 No Top 10 for me would be complete without this card since this is where it all began. This card got me into a contest that MFT put on at Splitcoast Stampers. I was one of 10 who qualified to compete for a chance to win a prize of $250 worth of stamps. The contest was called MFT Idol and was based on the American Idol format. Each week we had a theme for which to create. We received votes from SCS members and each week one person was eliminated. I made it to the top 2 position before being axed but was then beyond-my-wildest-dreams-fortunate enough to be one of two people offered a 6-month term on the design team—and wonder of wonders, I’m still here (I still pinch myself regularly!). While I didn’t win the prize, I was most definitely the winner :) I still have this card—the adhesive has dried out and the layers are falling apart but it’s all there—I will never part with it. Thank you Kim and Jody, from the bottom of my heart!

Some of the projects are so old that everything is retired and were created even before MFT started carrying it’s own card stock and ink pads. I’m including links where possible.

There are EVER so many more that I love and would include on this list if I didn’t have to limit to 10. It was painful, but this is what made the cut. It was also lots of fun to look back over the years and to see how MFT and I have evolved. Thanks so much for stopping by! See you soon!

Email ThisBlogThis!Share to TwitterShare to FacebookShare to Pinterest
Labels: My Favorite Things