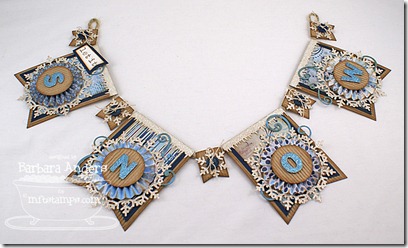 Hey, everyone, I’ve got a project to show you today that I made a couple of months ago and I’m just getting around to blogging it. I’m sure some of you are shuddering at the thought of more snow, but where I live we don’t get much so I’m still hoping ;-)

I’m using a bunch of MFT Die-namics dies for this so let me tell you about it. Each pennant starts with the largest size of my Die-namics Jumbo Fishtail Banner STAX, cut from some Kraft corrugated paper. The next layer is Nightshift Blue card stock and then some patterned paper. The “header” was cut from silver glitter paper with my Die-namics Icicle Border.

Added to the “S” pennant is a Die-namics LLD Accent It -  Flags & Tags tab with “let it” stamped with Typewriter Alphabet. 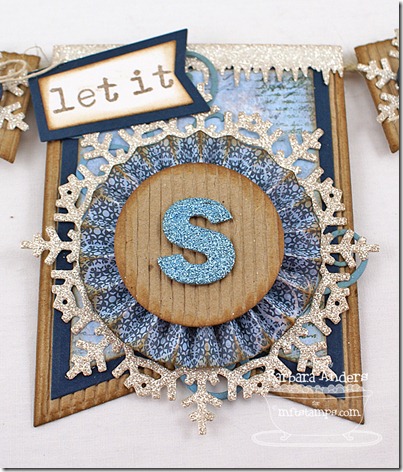 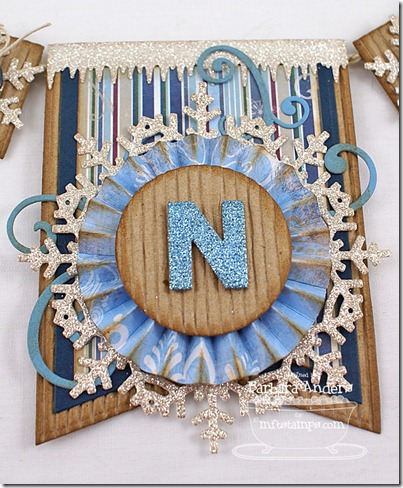 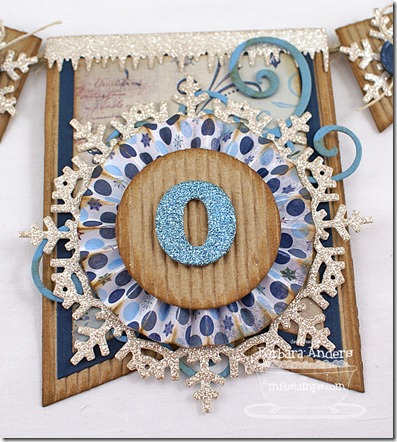 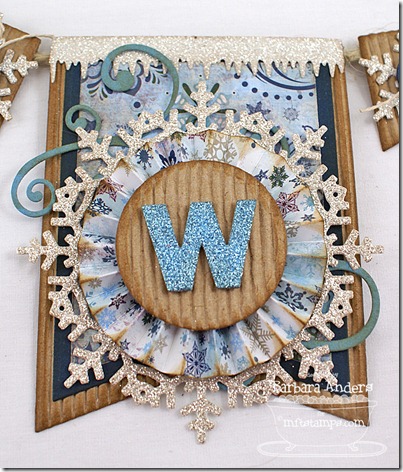 At each end and in between each pennant, I added a smaller fishtail spacer. On it is a Die-namics Let It Snowflake die cut and a Nightshift Blue button tied with hemp cord. To attach the pennants, I hot glued some heavy jute cord to the back of each element. Each piece of paper was edge-sponged with Vintage Photo Distress Ink—I now have a pad dedicated to glitter paper ;-) 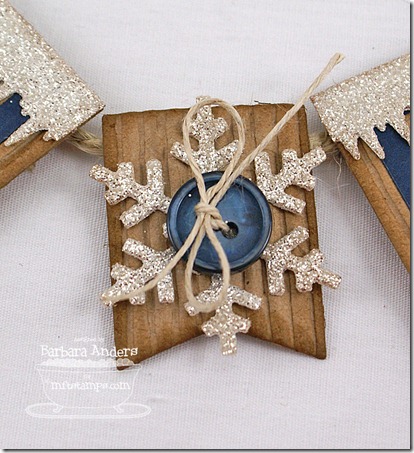 The only thing I have left to say is…thanks for stopping by and LET IT SNOW!!!!!