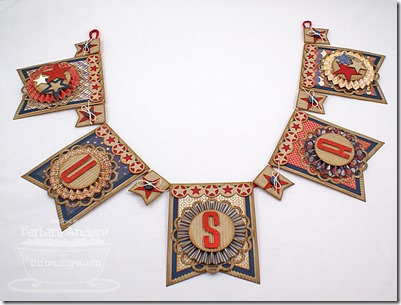 Hi, all! It’s almost Independence Day in the US and I really needed a new patriotic banner. My old one was looking a little worse for wear, so I whipped up one using a ton of MFT Die-namics dies. No stamping, just die cuts and glue :) MFT July Teasers start tomorrow so I thought I’d go ahead and post this now.

All pennant bases were made with Kraft corrugated paper, Nightshift Blue card stock, and patterned paper, all cut with my Die-namics Jumbo Fishtail Banner STAX, using the three largest sizes. Each  pennant has a header made with Die-namics Western Star Border Duo and Red Hot card stock under Kraft card stock. Each pennant also has a Die-namics Open Scallop Doily Duo element topped with a rosette made with Die-namics 1/4” Rosette. (I trimmed 1/4” off the side before assembling each rosette to make it fit better on the pennant.) 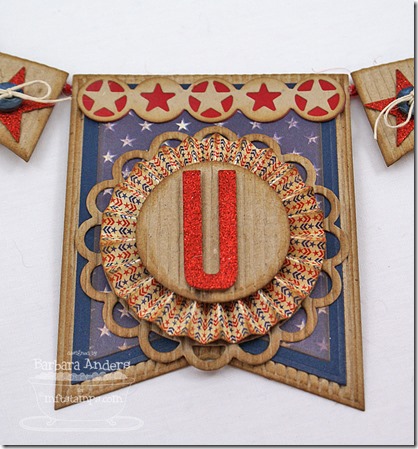 The next element on each pennant is a Kraft corrugated circle made with Die-namics Circle STAX. The three center pennants have letters cut with Die-namics High-Rise Alphabet Uppercase, using red glitter paper, and the two end pennants are embellished with stars, using Die-namics Star STAX and Die-namics Stacking Stars. 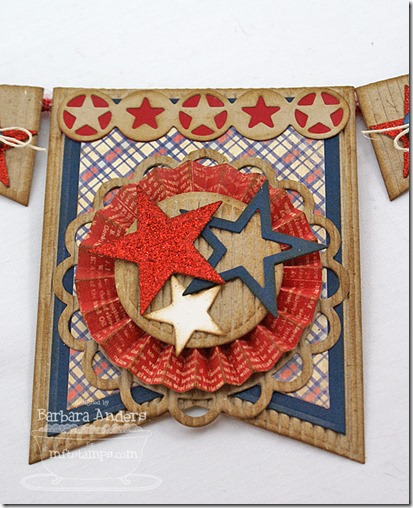 In between each pennant is a small pennant cut from Kraft corrugated paper and Die-namics Mix & Match Banners, with a red glitter star and a hemp cord tied Nightshift Blue button. 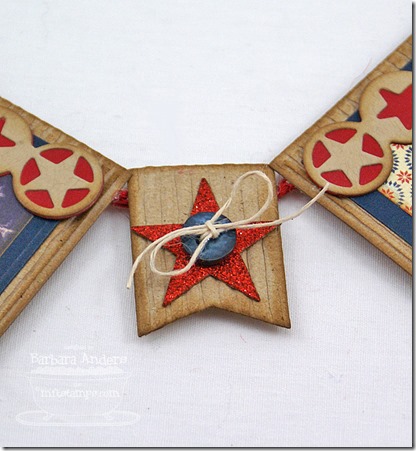 All die cuts were sponged with Vintage Photo Distress Ink before being assembled. Here are some more shots of the individual pennants. The “S”: 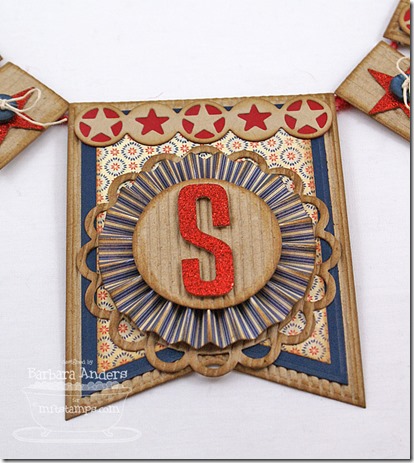 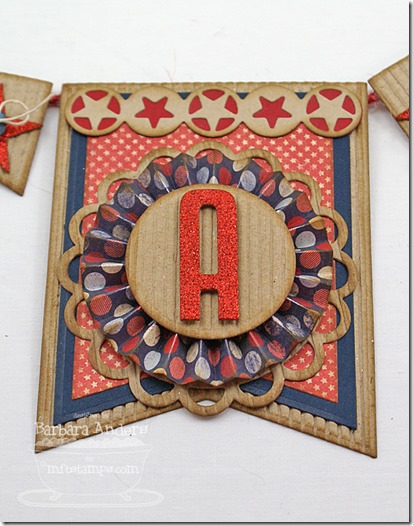 The right end (the blue star started out as silver and I colored it blue with a Copic marker): 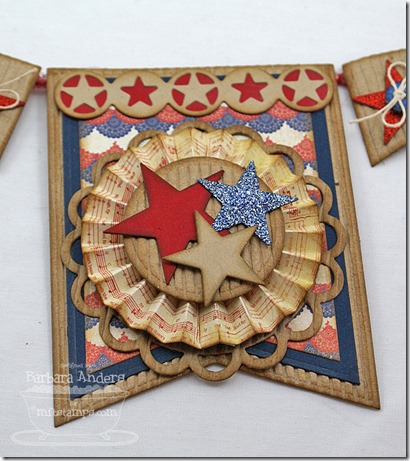 And there you have it! Thanks so much for stopping by today! I have so much fun making my banners—I might not have time for a new summer one this year but I’m feeling a new Fall one coming on ;-) I hope you’ll give an MFT Die-namics banner a try—if you do, let me know, I’d LOVE to see it!!