Hi everyone, Barbara here with a couple of cards using Far Out Doodle Stamps and Doodle Cuts, one with a little action going on! 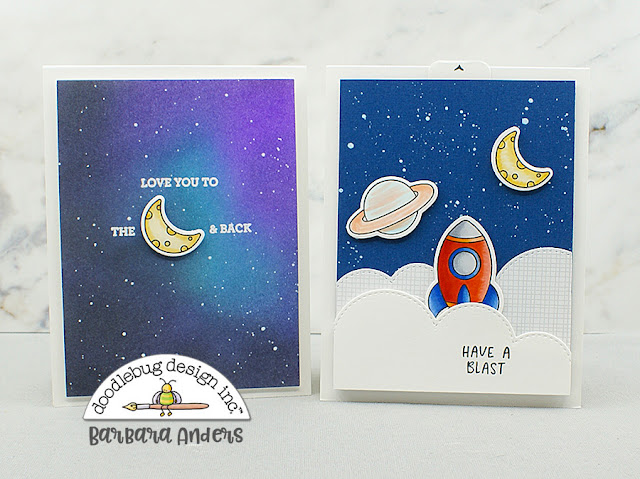 My first card is pretty Clean and Simple with a play on words using an image as part of the sentiment. I started by creating my galaxy background by sponging ink and splattering with some slightly watered-down white craft paint. Then I stamped the moon image, cut it out with the coordinating Doodle Cuts and colored it with Copic markers. I placed it temporarily where I wanted it and then arranged the stamp around it, heat embossing it in three steps—I can’t bear to cut up stamps so I did some creative masking with a stamp positioner :) 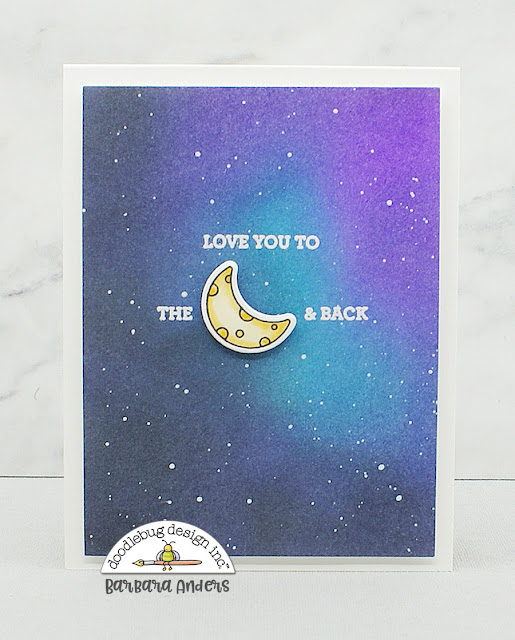 Once I had the sentiment done, I adhered the panel to a white card base with foam tape then popped up the moon on foam tape for the finish.


My second card is interactive. The rocket blasts off out of the clouds when one pulls on the pull strip.To create my background, I again splattered some watered-down white craft paint on blue card stock from the Jewel Textured Cardstock Assortment, did some measurements, and cut the slider channel for the rocket. The pull tab mechanism was created and I drew the up arrow on it with a black pen. 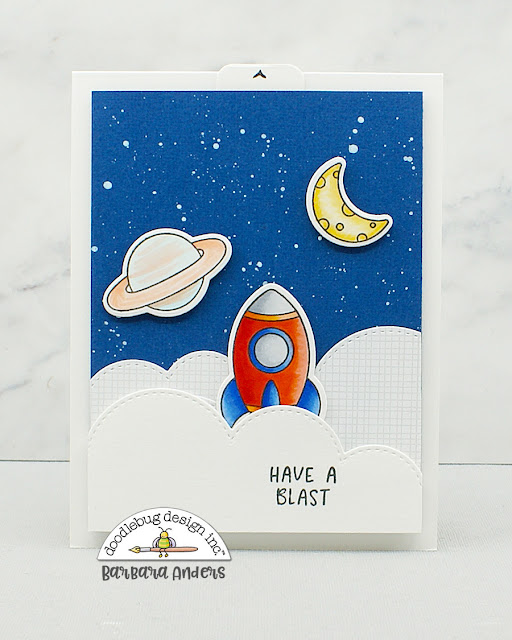 Images from Far Out Doodle Stamps were stamped, cut out with coordinating Doodle Cuts and colored with Copic markers. I added some rocket vapor clouds, the two back ones cut from Gingham Linen Rainbow Petite Prints 12 x 12 and the front from white card stock with the sentiment stamped on it. The above photo shows the rocket at the lowest point…

…and this photo shows it at it’s highest. 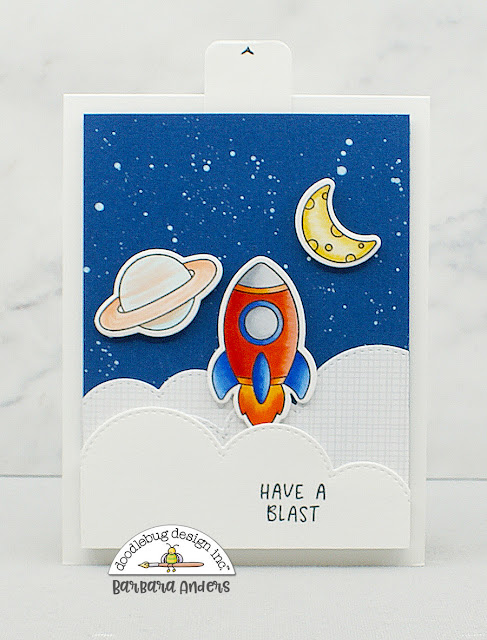 Here’s a little video that shows it in action:


How fun it that??? Once the slider mechanism was done and covered with the white vapor cloud, I popped up the moon and planet on foam tape.

And that’s it from me today! Thanks for stopping by! I hope I’ve given you some ideas for using YOUR Far Out Doodle Stamps and Doodle Cuts.