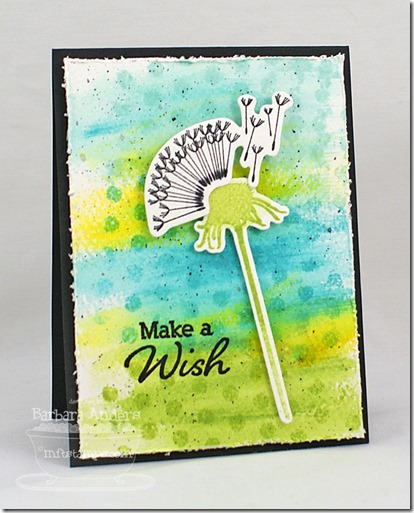 I’m back with Day Two of MFT’s May Teasers. To get all the details, be sure to check out the MFT Blog for set and Die-namics reveals, chances to win prizes, and more inspiration from the awesome design team. And don’t forget, everything we’re previewing will be available for purchase at 10pm on May 7th! 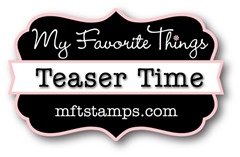 If you’ve already checked out the MFT Blog, you know that MFT will have a new line starting with the May release. Our very own Mona Pendleton is designing a mixed media line! I am a huge fan of Mona’s work and could not be more thrilled that she will be designing products for MFT! I’m using both of her stamp sets for May: MPD Distressed Background Blocks and MPD Dandelion Wishes.

Soooo, I have so much to learn about this mixed media thing but I tried to get a little artsy with this card :) Using some watercolor paper, I first used a wide water brush and simply brushed on some areas of ink using my Sour Apple refill, Blu Raspberry refill, Sno Cone refill, and Lemon Drop refill. Then I inked up the dots from MPD Distressed Background Blocks with the same inks and stamped over the corresponding water brushed areas. The hardest part for me was to not be too rigid with my “painting” and to just “go with it”. Then I stamped the sentiment with Black Licorice ink and distressed the edges before adhering to a Black Licorice card stock base. Before adhering it to the card base, I loaded a small brush with thinned Black Licorice refill ink and flicked it all over the panel.

Then I cut out the blown dandelion using the coordinating Die-namics Dandelion Stems and Toppers from Whip Cream card stock and stamped the images from MPD Dandelion Wishes with Black Licorice ink for the topper and Sour Apple ink for the stem. I popped it up on foam and it was done! I love my first--very simple--effort at mixed media and I’m looking forward to doing more!

Here’s the inside with a sentiment from another new set this month, Life’s Direction. 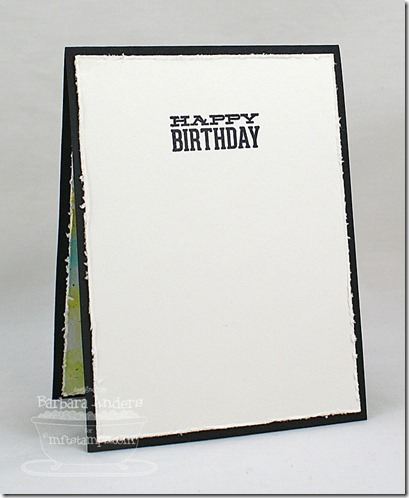 And that’s it for today! Thanks so much for stopping by! See you back tomorrow for another teaser!