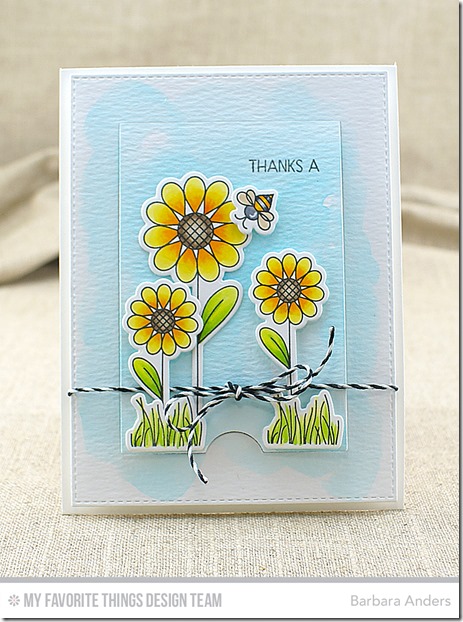 Hello and thanks for joining me for the first day of MFT’s April Release Countdown! We have another amazing line up this month--today we’re previewing Blueprints 28 Die-namics, LJD Fly-By Friends Stamp Set, LJD Fly-By Friends Die-namics, Scallop Background, Dainty Scallop Cover-Up Die-namics, and Cascading Scallop Stencil. Mark your calendars—release is on April 5th at 10pm and you can find out all the details at the MFT Blog.

I started with a Sweet Tooth card stock base, then I did a watercolor wash with Peerless Watercolors on Ranger Watercolor paper and cut it out with the largest die in Blueprints 28 Die-namics, which has an interactive window flap!!! How awesome is that? Just THINK of the possibilities!! 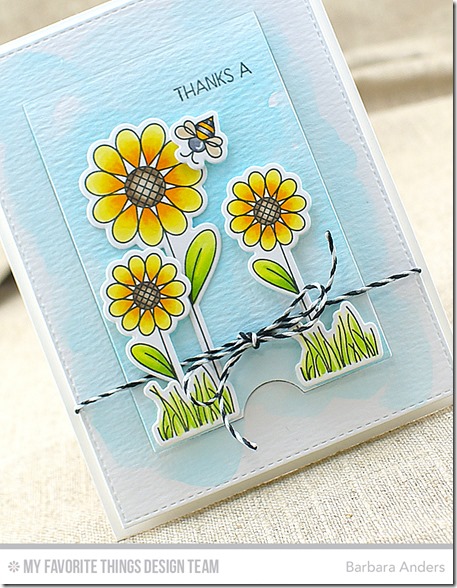 I decorated the flap with images from the set, cut from X-Press It Blending Card, stamped with Black Licorice hybrid ink, and colored with Copic markers, then popped up on foam mounting tape.

Then I went to work on the inside by creating a shaker element. The element was made with Heat Resistant Acetate, foam mounting tape, and Pretty Pink Posh sequins, with some colored bee images added to the mix 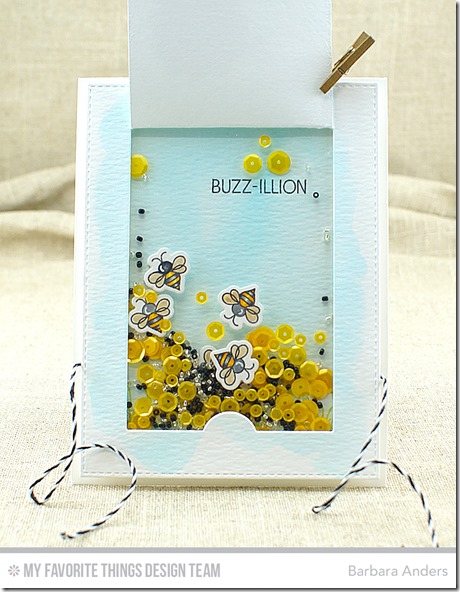 The sentiment started on the front and continued into the shaker element for a fun transition. Once you lift the flap a couple of times, it won’t lay perfectly flat, but MFT thought of that and included two circles with which to create a string wrap closure. My shaker was pretty packed when upright, though, and I was afraid there would be too much strain on the adhesive if I used that method so I tied it down with some baker’s twine and allowed it to pop open just enough to get a hint that there is a surprise inside :) 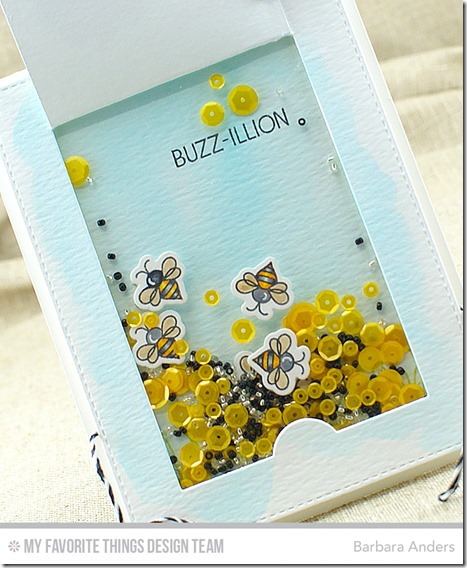 And that’s it from me today! Thank you so much for stopping by! See you back tomorrow for Day Four of MFT’s April Release Countdown!