Hi, everyone! Welcome to MFT’s September New Product Tour! I am so amazed by all the Die-namics offerings this month that I just HAD to do a Halloween banner. I don’t have good light for photos at the china cabinet on which I’ll hang this, so I put a wire shelf in my light box and clipped my banner to it. Please excuse the staging on this, but I wanted you to see it hanging as it will be :) My banner has five pennants—which worked out perfectly since I think an odd number looks better than an even number, don’t you?

Here’s the first pennant. I’m using the new Die-namics Jumbo Fishtail Banner STAX for all of my pennant bases. How awesome are these new dies, right? Be still my heart—I’ve been wanting these FOREVER!! I used three sizes for each pennant, using Black Licorice card stock, Tangy Orange card stock, and patterned paper for the top layer. On this pennant, I used the new Die-namics Spider Web Die Only—the spider was cut from black glitter paper and is hanging from a hemp cord string. The spider’s eyes are small rhinestones that I colored with a Copic marker. 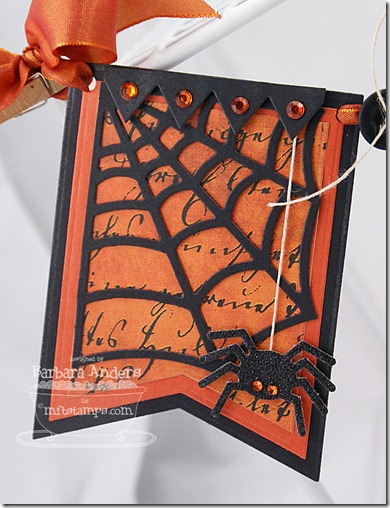 The second pennant has the same three layers, but then I started adding the letters to spell “boo”. I’m using my Die-namics 1/4” Rosette die, Die-namics Circle STAX and hot glue to hold them together, and the letter was cut with the new Die-namics High-Rise Alphabet Lowercase and black glitter paper. 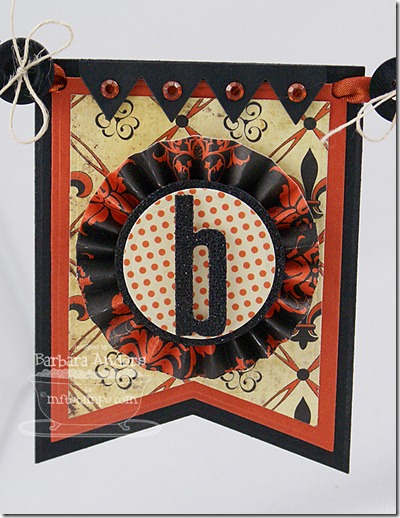 Next up, the first letter “o”… 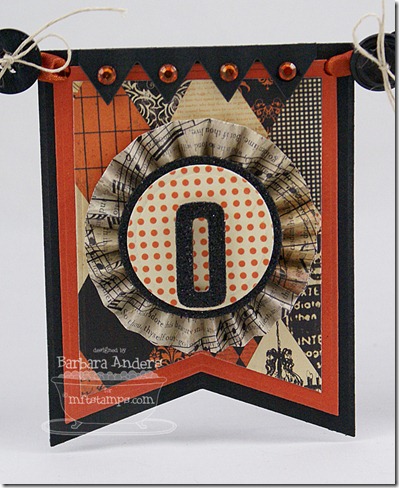 …and the second letter “o”. 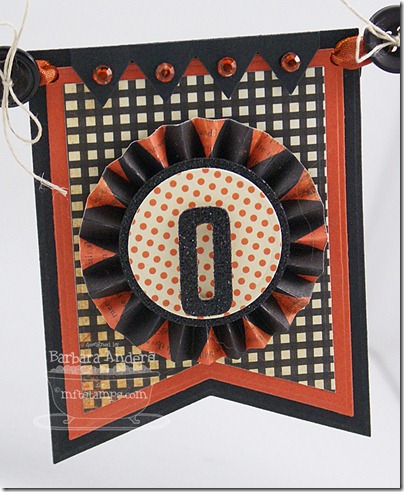 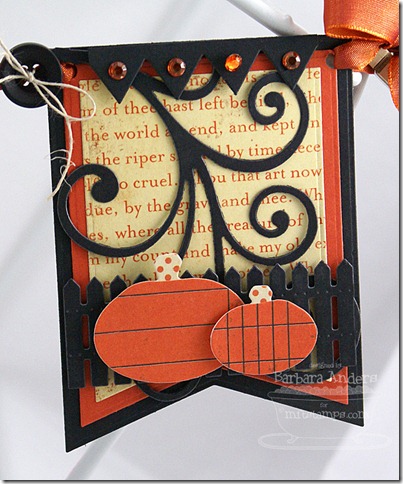 At the top of each pennant I added a “header” made with the new Die-namics Harlequin die. I cut it out and trimmed off one side of the diamond shape, popped it up on foam, and added more Copic-colored rhinestones.

After all my pennants were assembled, I punched holes in each corner, reinforced the back of the holes, and ran ribbon through the holes to tie the banner pieces together. Between each pennant I tied on a Black Licorice button with hemp cord. Each end has a bow with a little loop for hanging. 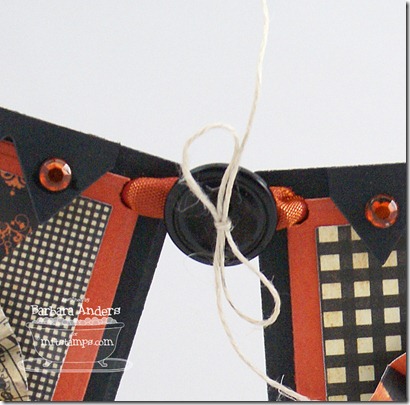 Here are the Die-namics dies I used on this project: 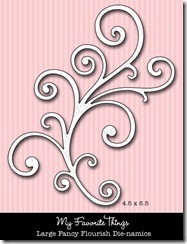 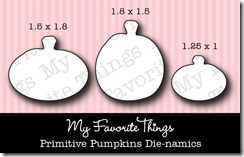 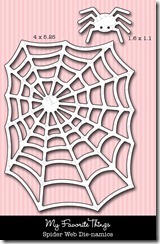 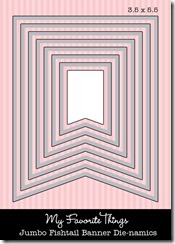 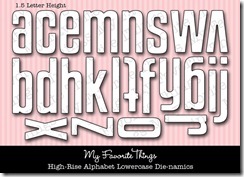 I can’t wait to make more banners with my Die-namics Jumbo Fishtail Banner STAX dies. And I hope to see you making some, too—it’s so easy with these Die-namics dies!

And that’s it for me! Thanks SO much for stopping by! Have fun shopping!